The Partnership for America’s Children presented the 2020 Florette Angel Memorial Child Advocacy Award to Rich Huddleston, Executive Director of Arkansas Advocates for Children and Families.  The presentation took place during an online celebration of and for the Partnership network. Click here to watch a video of the presentation.

The Partnership for America’s Children is a network of state and local child advocacy organizations working to improve policies affecting children at the local, state, and national level. The Partnership strengthens members’ policy knowledge, advocacy skills, and organizational development by connecting them to peer expertise and national resources, and by facilitating collaborative efforts to improve the lives of all America’s children.

The Florette Angel Memorial Child Advocacy Award is named for West Virginia child advocate, Florette Angel, who grew up in racially-polarized Mississippi in the 1940s.  It honors the executive director of a Partnership member organization who has been nominated by their colleagues and selected by a panel of their peers. It reflects the admiration and respect of the Partnership community for someone who exemplifies the best of child advocacy.  This annual award, which dates back to 1996, is given to an executive director who has:

*demonstrated exemplary leadership as a representative for the interests of children and their families across a number of policy issues;
*successfully promoted public policies and investments that help improve the lives of children and families, with a particular focus on those experiencing poverty;
*played a critical role in articulating and championing the needs of children and defending their interests in the political process, even when those positions were not popular; and
*advanced the growth and credibility of multi-issue child advocacy as a profession.

The 2020 honoree was Rich Huddleston, Executive Director of Arkansas Advocates for Children and Families (AACF).  AACF is a multi-issue child advocacy organization whose agenda includes increasing access to health care, addressing income insecurity, and ensuring equity in education. Rich has been AACF’s executive director since 2004 and, for nine years prior, served as its research and fiscal policy director.  His leadership style and creative advocacy strategies, including his unique ability to integrate tax policy with child advocacy, make him a very effective champion for families.

Despite the challenges of advocating for children in Arkansas, under Rich’s leadership, AACF played a pivotal role in passing Medicaid expansion in Arkansas to increase access to health insurance for more children and adults and in pushing back a proposal for work requirements for Medicaid recipients.  In 2019, Rich led AACF’s successful effort to reform juvenile justice services. Moreover, he has prioritized race equity at AACF and operationalized it in a meaningful way by creating the position of race equity director in 2019 and raising funds to staff it. Other recent accomplishments include working closely with partners to pass a 2018 ballot initiative that increased the minimum wage in Arkansas, securing paid maternity leave for state employees in 2017, and successfully promoting a 2017 school discipline law designed to keep Arkansas’s youngest children in the classroom.

Rich works effectively in state and national partnerships and coalitions, as both a leader and a member, representing Arkansas in critical national conversations.  He elevates the voices of other advocates and generously offers his time and support to colleagues throughout the network. He has made significant contributions to the field of child advocacy as a founding member of the Board of Directors of the Partnership for America’s Children. Without a doubt, Rich exemplifies outstanding leadership.

The Partnership for America’s Children is calling on Congress to include imperative language in the next COVID relief package that would extend the statutory reporting deadlines for the 2020 Census by four months and prohibit the Bureau and the President from sending the relevant data to the Congress in advance of those deadlines.

The Bureau had to delay many census operations because of the pandemic. The extension is essential to make sure that the Census Bureau can count everyone, especially young children who are at particularly high risk of being missed. The 2010 Census missed 2 million children under age 5–by far the largest number of people missed in any age group. When young children are missed in the census, it reduces the federal resources for their schools, their child care, their health care, and many other programs essential for their well-being. Missing a young child means reducing the resources they need to thrive for a decade–most of their childhood.

Only weeks ago, senior expert career Census Bureau staff said unequivocally that they could not responsibly finish their by the statutorily required December 31, 2020 deadline. Accordingly, the Secretary of Commerce wisely requested that Congress extend the reporting deadlines for apportionment and redistricting data. Now the administration is suggesting that this painstaking work can be done by the legally required deadlines.

The Bureau must be given enough time to complete its work fairly and accurately. If the Bureau does not have enough time to reach people through its door to door enumerations process, children in every community will be harmed for the next 10 years. Over a third of the nation’s households have not yet responded, and every community has areas where the response rate lags significantly. Young children are especially at risk of being missed. A recent analysis from the Population Reference Bureau shows that the average self-response rate in census tracts with a very high risk of undercounting young children was fifty-five percent. This number is far below the self-response rate in census tracts with a low risk of undercounting young children, which was sixty-nine percent. Rushing the census will exacerbate these disparities in the final count instead of allowing time to close the gap.

An accurate complete Census is vital for our children and our democracy. Census data determines the distribution of $1.5 trillion in federal funding every year, and communities use it for planning and good government. Education funding is particularly vulnerable to a flawed census because federal funds for Title 1 and special educate are allocated to local education authorities—relatively small demographic groups—which will suffer from even minor fluctuations in the count.

Our children’s future, and therefore our constitutionally mandated census, is not negotiable.

The Partnership for America’s Children is appalled by the President’s July 21st unconstitutional memorandum mandating the exclusion of undocumented individuals from the decennial census apportionment data. This will hurt children—citizen children, documented children, and undocumented children—because it will discourage family members from responding to the Census.
When families respond to the Census and count everyone in their households, it means more federal money for their states and communities for schools, for health care, for child care, and for many other programs that help children thrive. It means local governments have better information to plan for things like the number of children in schools or how many families need health care. And it means their community gets fully represented in Congress, in state legislatures, in county councils, and on school boards.
Over six million children live in households with at least one undocumented immigrant adult who may be deterred by this memorandum from completing the Census. The Partnership encourages everyone living in the United States to fill out the decennial census to ensure their community has the information it needs to plan for the future and to make sure the community receives all the federal funds that it is entitled to receive.
The decennial census does not ask for citizenship status or the legal status of an immigrant and the information it collects is covered by strict confidentiality laws; anyone releasing that information can go to prison for up to five years or pay a fine of up to $250,000. The President’s memorandum leaves the confidentiality law unchanged. Personal information still must remain confidential, and the decennial census questions still do not ask about citizenship or immigration status.
Rather, the President is ordering the Census Bureau to use other data sources to edit the decennial census files that will be used for apportioning congressional representation by removing individuals that appear to be undocumented. While this is clearly unconstitutional since the Constitution requires Congressional apportionment to be based on an actual enumeration, and while it violates the federal law that sets forth how apportionment data should be collected and tabulated, it is important for everyone to understand that the memorandum does not require or allow the release of individual information.

Standing in Solidarity; Working for Our Children

The 2019 Florette Angel Memorial Child Advocacy Award was presented to Paola Maranan. The full award announcement highlights Paola’s dynamic leadership as Executive Director of Children’s Alliance, mentor to many, and advocate for mitigating barriers of racim and poverty for children. 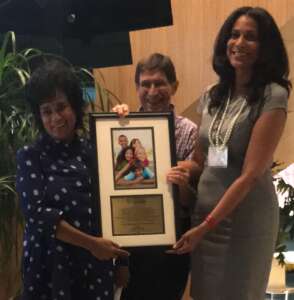 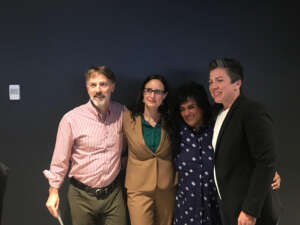 We are featured in Mediaplanet’s Community Development campaign covering topics ranging from affordable housing in the U.S. to highlighting the organizations making a difference in underserved communities throughout America.

The campaign was distributed through USA TODAY on Sept. 26th, 2018 and is published online. For the full campaign, visit: http://bit.ly/2NEisQs